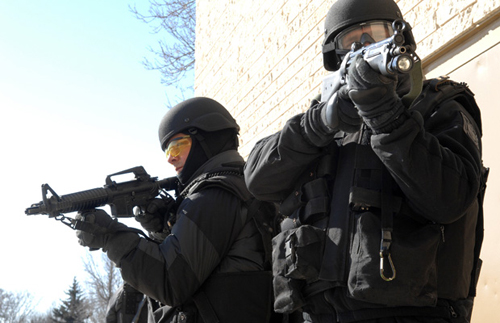 The Regina Police Service SWAT team was established in 1975. The team’s mandate is to resolve any incident in the safest manner possible, protecting the lives of citizens, police and suspects. SWAT works closely with the Crisis Negotiators Team, the Explosives Disposal Unit and Canine to resolve incidents. The team has specialists trained as: 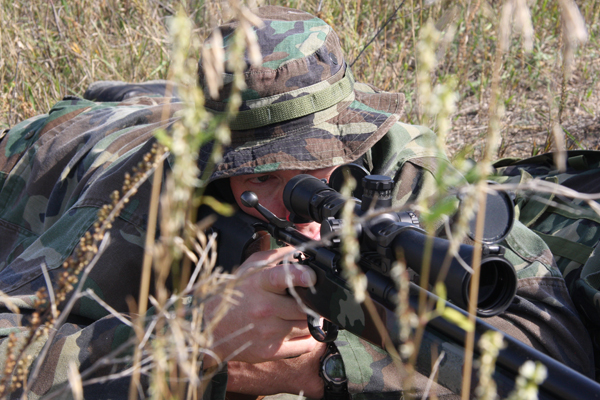 a) Counter-snipers – must be able to put five rounds of ammunition into a 1” circle at 100 yards. Counter-snipers, from a good vantage point with their scopes, are most often used in gathering intelligence. 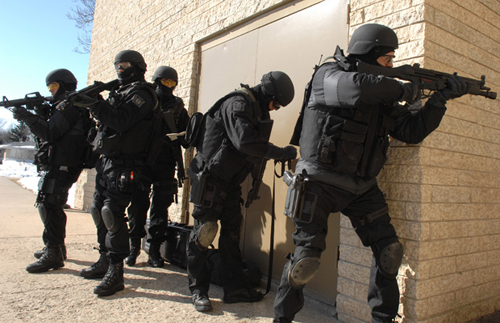 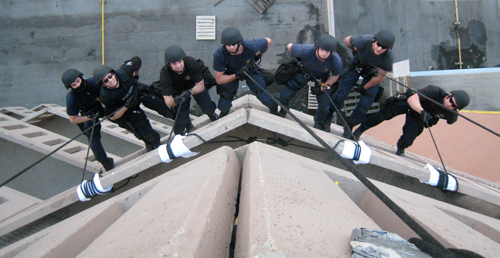 c) Rappel specialists – would be used in cases where a specialized entry technique is required.

SWAT also performs VIP security and witness-protection duty as requested. The team’s philosophy and training model follows that of the Los Angeles Police Department. In recent years the RPS SWAT team has trained with the assistance of former and current LAPD SWAT members, whose philosophy is “Every attempt will be made to preserve the life of everyone involved, including that of the perpetrator.”

In 2005, the Regina Police Service celebrated the 30th anniversary of the Regina Police Service Special Weapons and Tactics Team. Current and past members gathered for the day and attended to the unveiling of the Wall of Honour (a wall plaque which commemorates each member of the team).   In 2008, the Regina Police Service hosted a Special Weapons and Tactics (SWAT) School from June 2 to June 6. Sixty-eight candidates from thirteen police agencies across Canada participated in a variety of classroom and scenario exercises instructed by current and former Los Angeles Police Department SWAT team members. The school also featured an Explosives Disposal Unit session which hosted twelve participants.