You are here:
Firearms and Weapons relatedRequest AssistanceRobbery, Theft & Possession 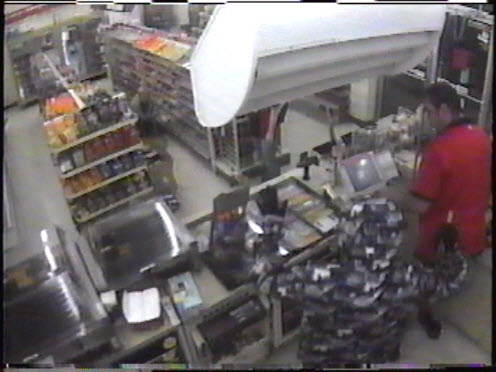 The Regina Police Service is releasing photographic images of a suspect from two armed robberies that occurred on July 26 and July 27, 2010, at a convenience store in the 500 block of Albert Street.  Police are asking for information from the public that could assist in this investigation.

Police are releasing photographic images of the suspect, believed to be responsible for both robberies.  He is described as an Aboriginal male, approximately 20 to 25 years old, about 5’ 6” to 5’ 11” tall, weighing between 150 to 200 pounds.  The suspect was clean-shaven and has some facial scarring.  He was wearing black pants and a black/grey/white camouflage-print bunny hug.

If anyone has information on this suspect or any information that could assist police in this investigation, he or she is asked to contact the Regina Police Service at 777-6500 or call Crime Stoppers at 1-800-222-TIPS (8477).  NOTE:  The jacket worn by the suspect DOES make it difficult to discern the suspect in the photographs.  Look for the camouflage jacket on the left in the first image and then the lower mid-to-right of the remaining surveillance photos.  The images will be available on our website at www.reginapolice.ca as of Wednesday, July 28, 2010.