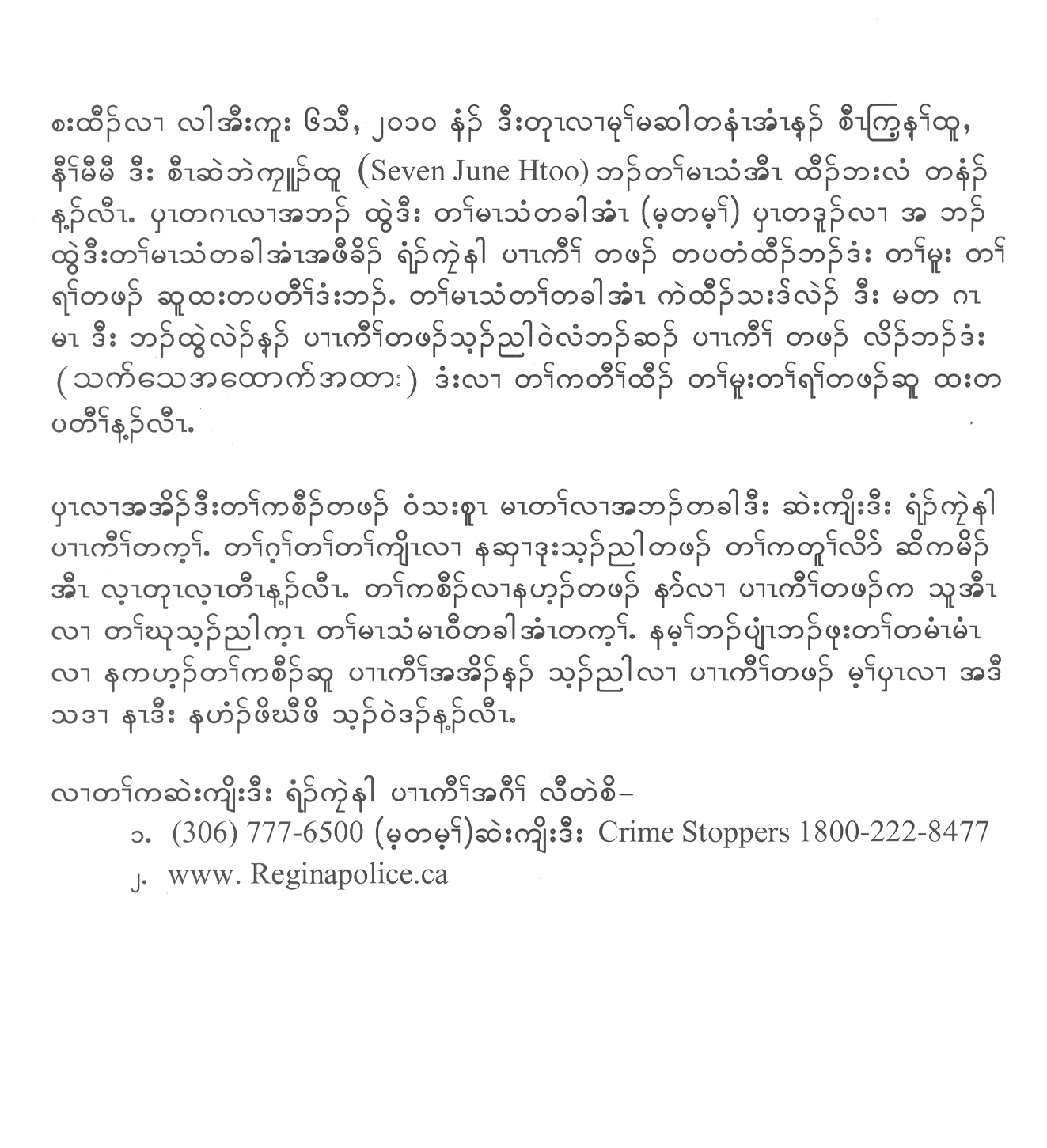 As of August 6th, 2011, it will be one year since the discovery of the bodies of three victims of homicide: 31 year-old Gray Nay HTOO (male); 28 year-old Maw MAW, (female); and three year-old Seven June HTOO (male), all of Regina.  The victims were members of the same family; their bodies were discovered in their home at 323 Oakview Drive.  This discovery launched one of the larger, more complex investigations undertaken by the Regina Police Service.  To date, there have been no arrests or charges laid in connection with these murders.

The Regina Police Service is sending out a request for information, spoken in the Karen language, which is the primary language of the victims, who were recent newcomers to Canada from Myanmar.  “We are doing this because we feel strongly that there is information out there but we haven’t been able to access it,” says Police Chief Troy Hagen, “Maybe it’s because we haven’t been asking in the right way.  If the people who have information communicate only in Karen, then it makes sense for us to ask in that same language.”

“We share our community’s concern over this terrible, tragic event which took three lives,” says Chief Hagen, “The fact that a year has elapsed since the discovery of the bodies of Gray Nay, Maw MAW and Seven June does not change our commitment to this case.  It is still a very active investigation.”

It has been one year since the murders of Gray Nay HTOO, Maw MAW and Seven June HTOO of Regina, on August 6, 2010.  The Regina Police Service has not yet charged the person or persons responsible for this terrible crime.  Although the investigation has theories and potential suspects, the Regina Police Service is still seeking further evidence to lay charges.