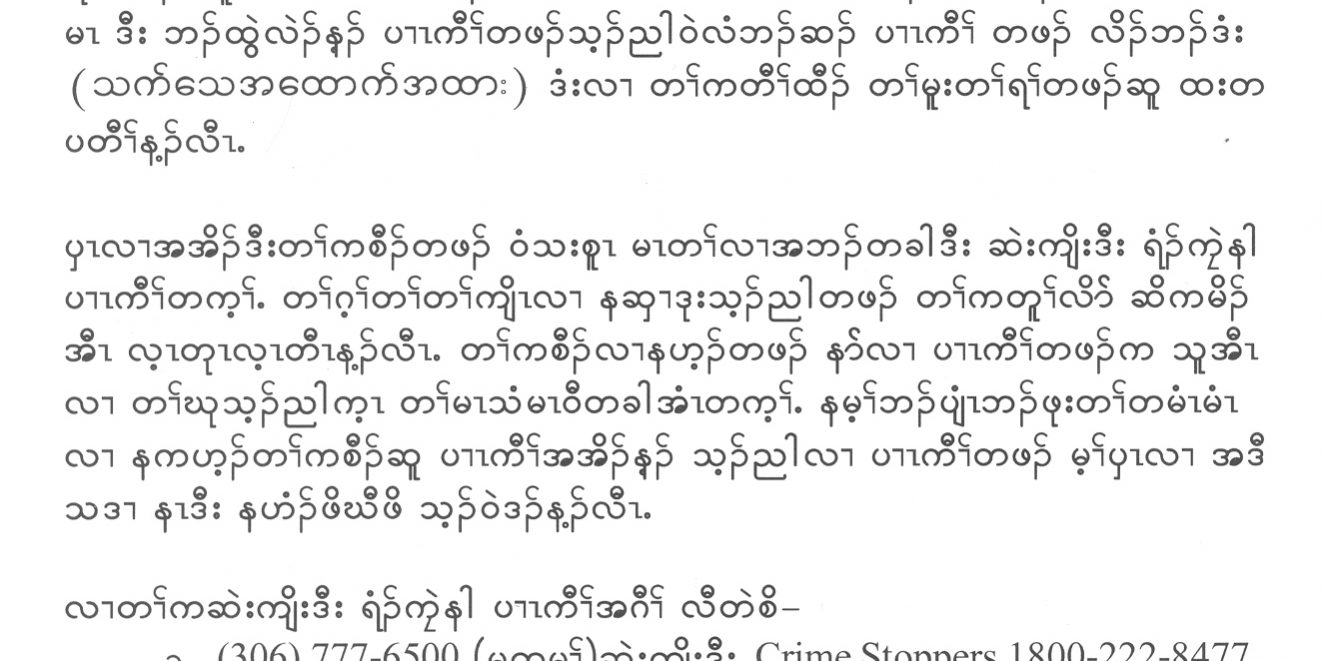 The Regina Police Service is continuing its investigation into the homicides that took the members of a family three years ago.  As of August 6, 2013, it will be three years since the discovery of the bodies of three murdered members of the HTOO family, at a townhouse on Oakview Drive, in north Regina.  The Regina Police Service wants the community and the families of the victims to know that police work on this investigation year-round, in a case that has been one of the Service’s largest investigations.

“We want to remind people that we are still working on this investigation,” said Acting Chief Bob Morin, “Even though it is three years since this tragedy, this case is still a priority for our Service.  It occupies our energy, resources and determination on August 6th and on every other day of the year.  We are often asked how long this investigation will take – we don’t control that part – but we are committed to finding the truth, however long it takes.”

Almost three years ago, on August 6, 2010, at 4:22 p.m., police were dispatched to a residence at 323 Oakview Drive for a report of deceased persons at that address.  The property manager of the building entered the residence and discovered three deceased persons, later identified as: 31 year-old Gray Nay HTOO, DOB: 1979-05-02, (male); 28 year-old Maw MAW, DOB: 1982-06-09, (female); and three year-old Seven June HTOO, DOB: 2007-06-12, (male), all of Regina.  The ongoing investigation into the murders of this family is one of the largest investigations ever carried out by the Regina Police Service.

A team of investigators from the Regina Police Service Major Crimes Unit is heading this case.  These investigators direct and coordinate all aspects of the case which, at times, involve several other officers, depending on the needs of the investigation.  As with any police investigation, it is never too late to bring information forward.  Anyone who has information in this case is asked to contact the Regina Police Service at 777-6500 or call Crime Stoppers at 1-800-222-8477.