Treat Money As If It’s…Money!

You are here:
Advisory 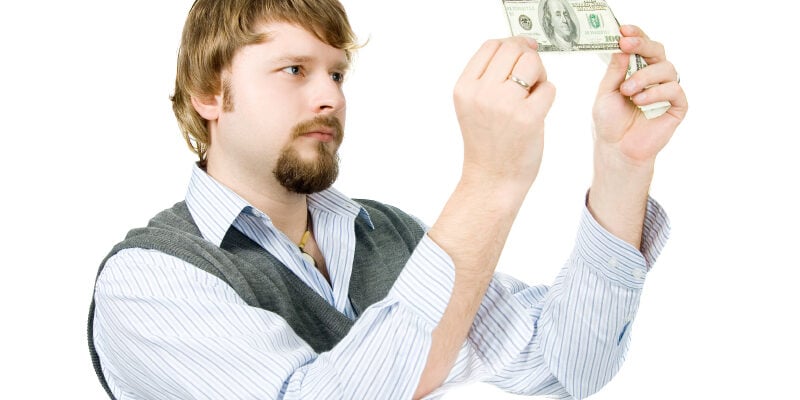 The Regina Police Service is reminding business owners and operators to ensure that they and their staff keep an eye for counterfeit money. It’s easy to get so busy that you forget to take a good look at the currency you’re accepting from a customer. A little training and awareness can go a long way to preventing losses to your business and crime in our community.

In recent weeks, the Regina Police Service has been working with other police agencies across the province, gathering and sharing information about recent counterfeit incidents. RPS investigators have been working on files in this city involving both Canadian and American currency and various denominations. Our officers have learned that Estevan, Weyburn, Yorkton, Moose Jaw, Prince Albert and Saskatoon have had similar experiences with counterfeit notes passed using both American and Canadian currency. It is not unusual for the suspects in such cases to be very mobile, travelling from one jurisdiction to another. There are some similarities in these files, the most notable being that the suspects target businesses where the employees may be young or inexperienced. These would include convenience store, gas stations and fast food restaurants. Suspects have also passed counterfeits when buying items from the general public through sites like Kijiji and Used Regina.

The Regina Police Service reminds business owners, managers and staff to adopt good cash-handling training and procedures. Employees who handle cash should always examine currency carefully to help prevent the circulation of counterfeit bills. In other words treat money as if it’s money…something of value. It is always a good crime prevention technique to feel the texture of a bill and look at it closely, perhaps comparing it to another bill of the same denomination. Any time a businessperson or clerk suspects a bill may be counterfeit; he or she does not have to accept the currency. Instead, the clerk should note a description of the person and phone police immediately. It may be that the individual in possession of the bill is unaware that it may be counterfeit. An investigation by police would determine the appropriate action. Anyone who comes into possession of a bill suspected to be counterfeit should contact police. Police also remind the public that anyone who knowingly passes a counterfeit bill is committing a criminal offence and is subject to prosecution.