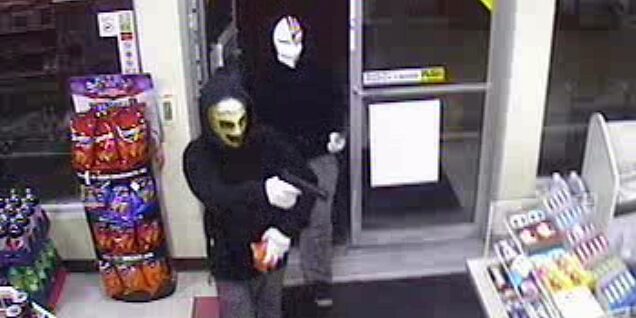 The Regina Police Service is asking for the public’s help in identifying two suspects involved in a robbery that occurred on February 4th, 2015.

At approximately 1:08 a.m. on the morning of February 4th, police were dispatched to a convenience store on the 2100 block of Pasqua for the report of a robbery. At approximately 12:50 a.m. two armed male suspects entered the store, demanding money and merchandise. After receiving their demands the two suspects fled, heading southbound on Pasqua Street.

Both suspects are believed to be between 20-30 years of age.