You are here:
AdvisoryFirearms and Weapons related 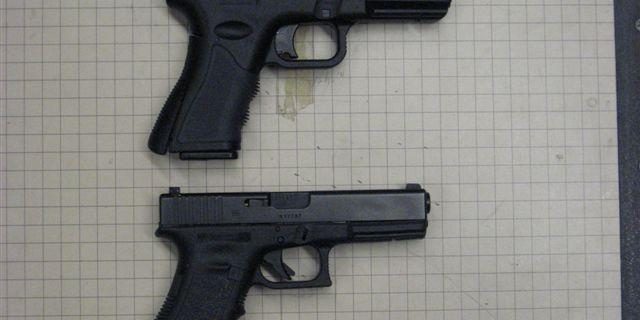 The Regina Police Service has a reminder for the public around the ownership and use of pellet guns, imitation and replica firearms.  In recent weeks, the number of incidents reported to police involving pellet guns and Airsoft pistols has increased. In the past three weeks, the Regina Police Service has received approximately nine reports of mischief to vehicles or residences where it’s believed a pellet gun was used.  There have also been two robberies in the past three weeks in which a pellet gun was used.

Pellets and BBs can cause injury and damage property. The sight of someone with a gun prompts a full police response to a firearms complaint. The Regina Police Service takes incidents involving any firearm very seriously and the responding officers will treat the “firearm” as a real gun until they have seized the weapon and secured the suspect.  These situations carry extremely high potential for harm to either the suspect or police, until the firearm is secured.  Even if the “gun” is a fake, the consequences are very real

If you see someone with what appears to be a firearm or replica, make observations of that individual’s activity, movements, and (if possible) vehicle license plate information.  Call 9-1-1.  Anyone wanting to report recent damage caused by pellet guns or unknown projectiles is asked to contact the Regina Police Service at 777-6500.  Anyone with information that could help solve cases involving firearms, replica firearms or imitation firearms is asked to call the Regina Police Service at 777-6500 or Crime Stoppers at 1-800-222-8477.

Male charged with Discharge and Possession of Firearm
July 2, 2022