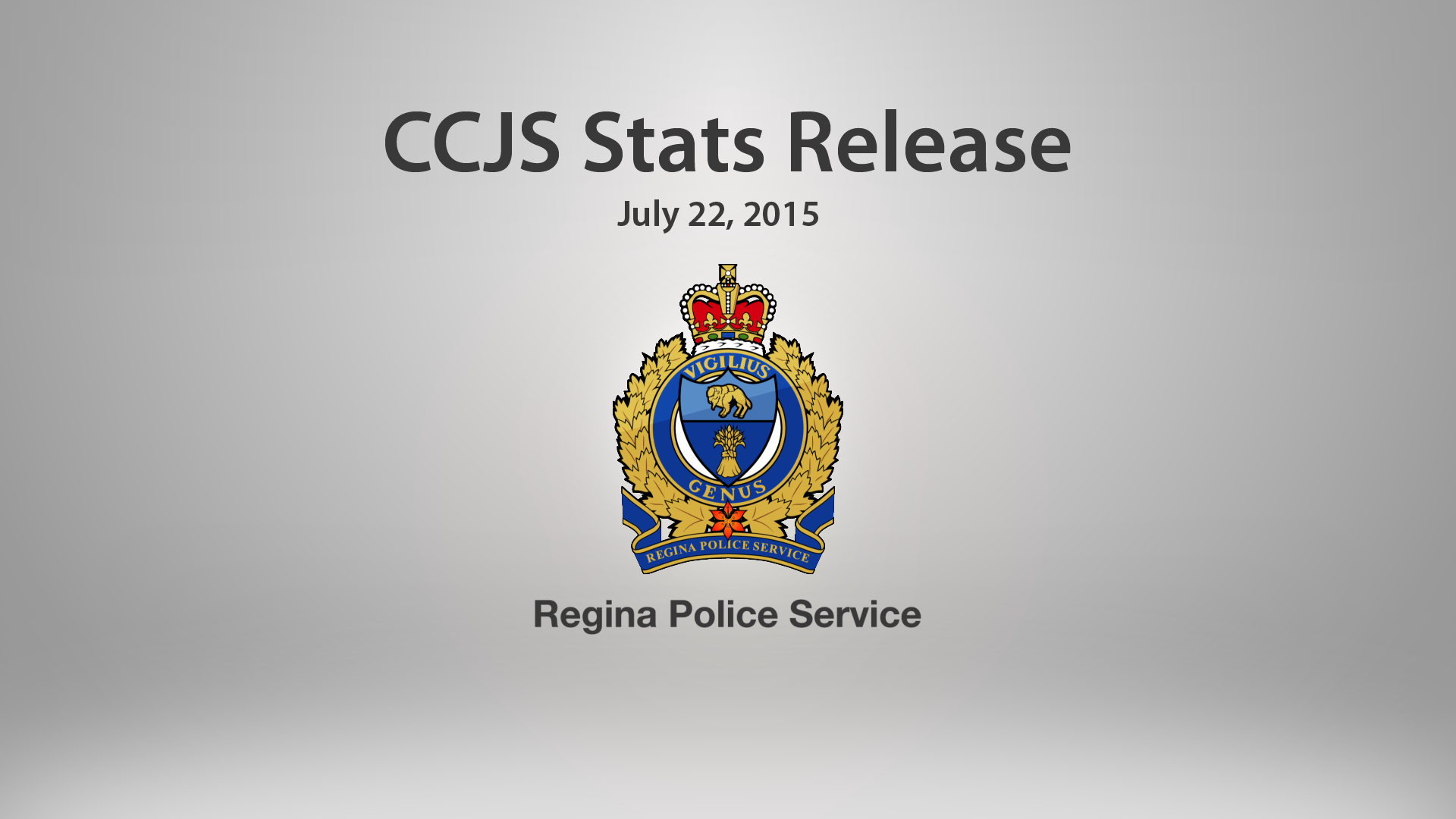 View the summary report to the Board of Police Commissioners here.

Today’s Canadian Centre for Justice Statistics, or CCJS, report “Police Reported Crime Statistics in Canada, 2014” reflects Regina’s steady progress in reducing crime. Of particular note:
– Since 2004, the Regina CMA (Census Metropolitan Area) has experienced a 55% decrease in the Crime Severity Index, which is the largest reduction among CMAs.
– Similarly: since 2004, the Regina CMA has experienced a 47% decrease in Crime Rate.
– From 2013 to 2014, the Regina CMA drops out of top spot among CMAs , for Crime Rate and Crime Severity.
The report was released today, Wednesday, July 22nd and compares crime statistics across Canada’s 33 Census Metropolitan Areas, or CMAs. The 2014 statistics confirm continued progress, showing Regina’s crime rate to be its lowest since 1991, when Statistics Canada began its current method of collection and comparison of crime data.

“We are very encouraged to see Regina no longer has the highest crime severity ranking,” said Mayor Michael Fougere. “Our priority is ensuring Reginans feel safe in their community, and by and large they do. City Council will continue to make public safety a priority, and that includes supporting the RPS in all the work it does.”

“We believe there’s a very positive story in the picture of Regina’s crime reduction over the past eleven years”, said Chief Troy Hagen. “The 55% reduction in crime severity since 2004 – a more rapid decline than any other CMA – is nothing short of dramatic. And it is due, in large part, to progressive thinking and our ability to engage community agencies and individual citizens as partners in community safety.”

A Census Metropolitan Area, or CMA, refers to an urban core and its surrounding area with:
– a total population of 100,000 or more,
– and at least 50,000 people residing within the urban core itself.
The Regina CMA includes the City of Regina as well as the communities of Lumsden, Regina Beach, Belle Plaine, Pense, Rowatt, Richardson, White City, Pilot Butte, Balgonie and Edenwold.

The CCJS report presents statistics showing Crime Rate, which is a measure of the number of crimes per 100,000 population within a given period of time. Total Crime Rate is further divided into categories to indicate Violent Crime Rate and Property Crime Rate.