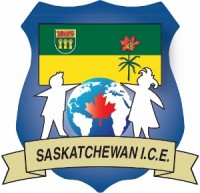 The Saskatchewan Internet Child Exploitation Unit has continued their investigation of Russell Wolfe which has led to further charges being laid.

Wolfe has been under investigation since May 2014 as part of a child pornography investigation, where; evidence of child pornography possession, making available and production were found during a search of his home. That investigation also resulted in the identification of 13 victims ranging in age from 9-18 years. Wolfe had been released on house arrest awaiting trial on the 43 charges stemming from the initial investigation.

In November 2015 police performed a compliance check and found evidence that Wolfe was not abiding by his conditions.

Wolfe was arrested for breaching his court ordered undertaking at that time. A search warrant was later executed on his home where evidence was found revealing another child . He was approximately 8-10 years of age who was victimized between 2005 and 2008. Along with the new unidentified victim, further evidence related to the previously known victims was located on items seized. All recovered evidence has led to the following charges being laid;

Wolfe will remain in custody until his the Preliminary Inquiry scheduled to begin on January 25, 2016. He is scheduled to appear on these new charges today at 9:00 am in Provincial Court in Saskatoon.

The Saskatchewan ICE Unit is comprised of investigators from the RCMP, Regina Police
Service, Saskatoon Police Service, and Prince Albert Police Service. Their mandate is to
investigate crimes involving the abuse and/or exploitation of children on the internet.