You are here:
CommunityMissing Persons 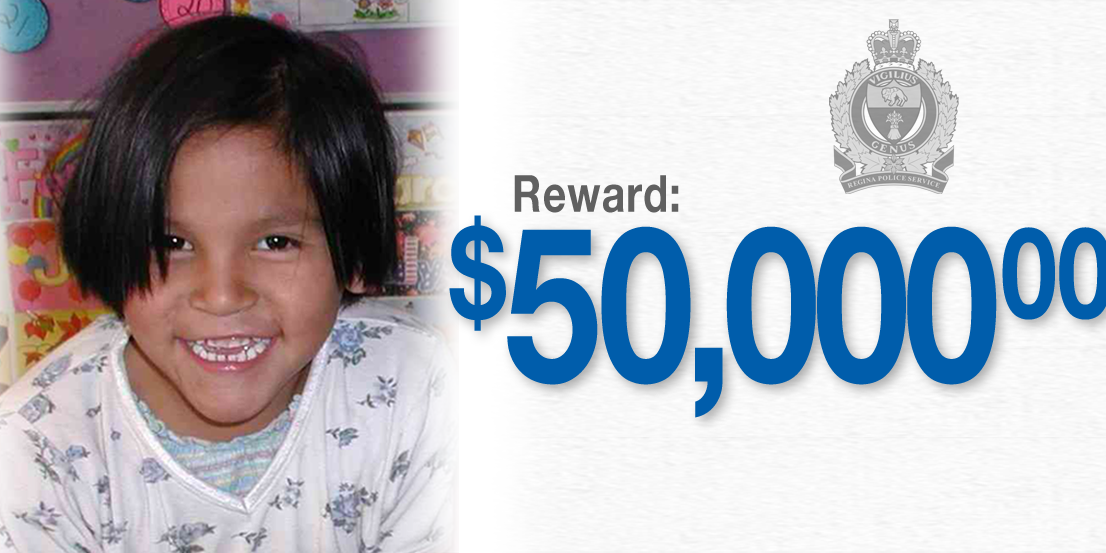 Members of the Regina Police Service will assist and support the annual Regina Treaty/Status Indian Services (RT/SIS) Barbecue for Tamra Keepness, to be held this Tuesday, July 5, 2016, from noon to 3:00 p.m at the Core Community Park (Pepsi Park), between Toronto and Quebec Streets on 11th Ave.  Acting Chief Dean Rae will be present and available for media interviews.  As in past years, there will be a number of sworn and civilian employees of the Regina Police Service at the BBQ to acknowledge and support the family of Tamra Keepness.  RPS staff will also assist RTSIS with cooking and serving at the BBQ.

It has been almost twelve years since the disappearance of then-five year-old Tamra Jewel KEEPNESS of Regina.  She was reported missing on July 6, 2004 and, by all known accounts, was last seen in her home on the 1800 block of Ottawa Street the night of July 5, 2004.  Her disappearance prompted an intensive ground search and a comprehensive investigation that continues to this day.  One week after her disappearance, a $25,000 reward was announced by the Regina Board of Police Commissioners for information leading to her recovery.  That reward was doubled in June of 2014 and is still in effect.  https://www.reginapolice.ca/2014/06/police-board-doubles-reward-in-tamra-keepness-case/