You are here:
About PolicingCommunity 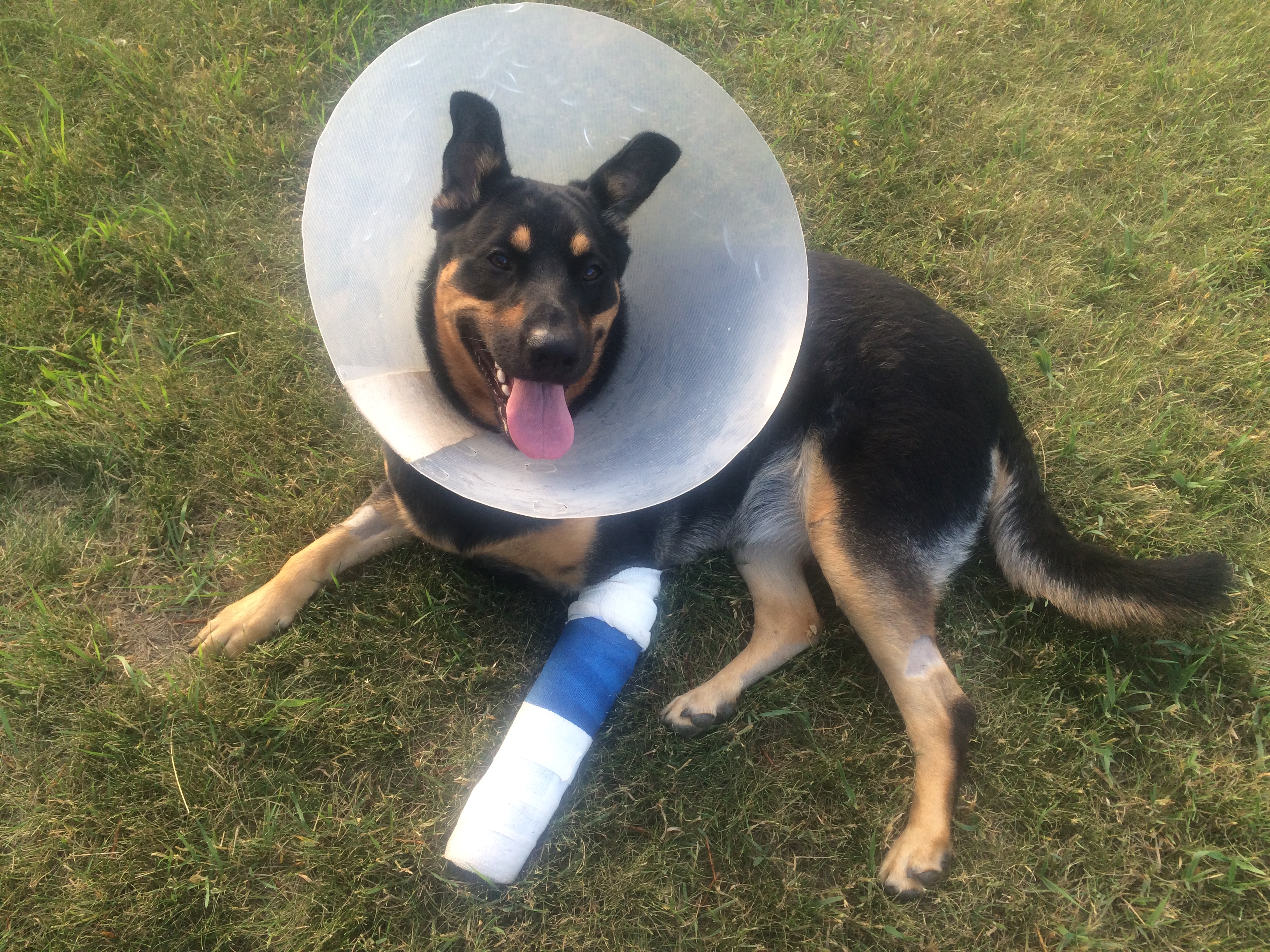 On Saturday, July 16th, 2016, in the early morning hours, police attended to the area of 15th Avenue and Toronto Street for a complaint of an injured and abandoned dog.  Upon arrival, the dog, who was temporarily called  “Sweetie Bear”, was found.  She was conscious and alert, laying on the sidewalk but unwilling to move.

Police and Regina Humane Society members loaded up Sweetie Bear and took her to the 24 hour Veterinary Clinic (Airport Animal Hospital ). Sweetie Bear was found to have a bad fracture in her foot and was in pain. It is believed she fell from a second story window. Sweetie Bear spent some time at the Humane Society, awaiting medical attention.

In the days that followed, members of the Regina Police Service undertook a fundraising effort among police employees and friends to assist RHS in the cost of delivering the medical attention that Sweetie Bear would require. Sweetie Bear has been put back together and is on her way to recovery! Enough money was raised to cover some after-care for Sweetie Bear and a donation to the Regina Humane Society to cover the cost of Sweetie Bear’s immediate medical needs while she stayed there. Special thanks to RHS and Airport Animal Hospital for their work and work to come with this pup.

Sadly, the previous owner of Sweetie Bear opted not to reunite with her.  However, one of the members of the Regina Police Service, who was dispatched to the original call, felt an immediate connection with Sweetie Bear.  The officer, who already has a dog named “Sarge”,  has adopted Sweetie Bear and renamed her “Akela” which is Hawaiian for “Lucky.”   Everyone is happily moving forward and Akela has already adjusted well to her new forever home!