You are here:
HomicideRequest Assistance 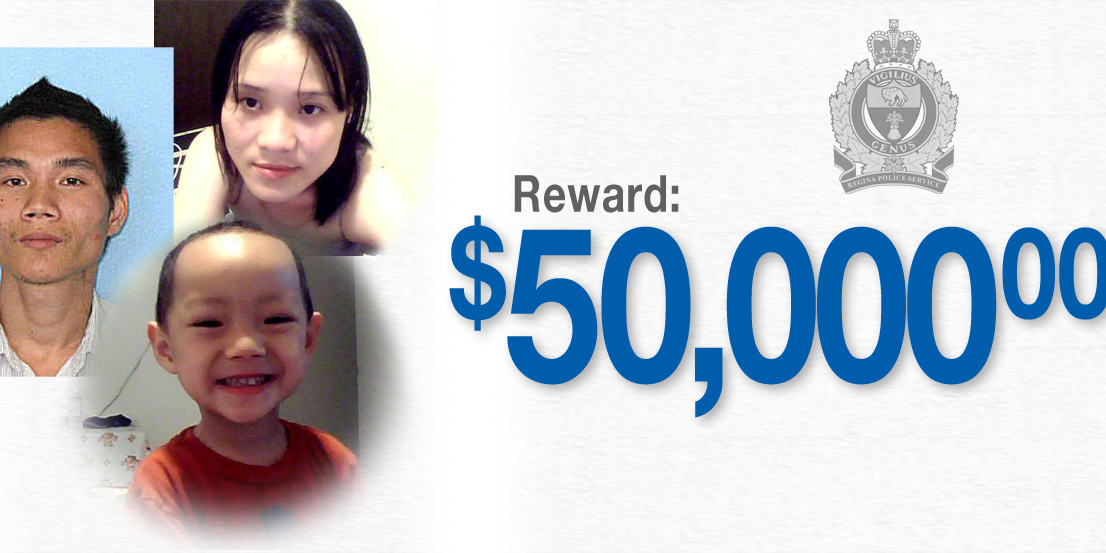 The Regina Police Service is reminding the public that there is still a 50-thousand dollar reward for information leading to the conclusion of a 2010 homicide case, in which three members of a family were killed by a person or persons unknown.  The investigation into the HTOO/MAW homicides has been assigned to the Cold Case unit, which continues to explore any investigative leads and allocates the appropriate resources to maintain the work.  In May, 2014, the Regina Board of Police Commissioners authorized a 50-thousand dollar reward for information leading to arrest and conviction of the person(s) responsible for the homicide.  To date, the reward has not generated such information.

On August 6, 2010, 31 year-old Gray Nay HTOO (male), 28 year-old Maw MAW (female) and three year-old Seven June HTOO (male) were found, deceased, in their home on Oakview Drive.    The victims were Karen refugees who had lived in Regina for (at that time) approximately two years, having moved from a refugee camp in Thailand.  The investigation since August, 2010, has been comprehensive, involving (at times) as many as 25 Regina Police Service members as well as investigators from the RCMP, FBI and other law enforcement agencies. In spite of the collaboration and investigative techniques such as the use of an investigator of Karen descent, the murders have not been solved.