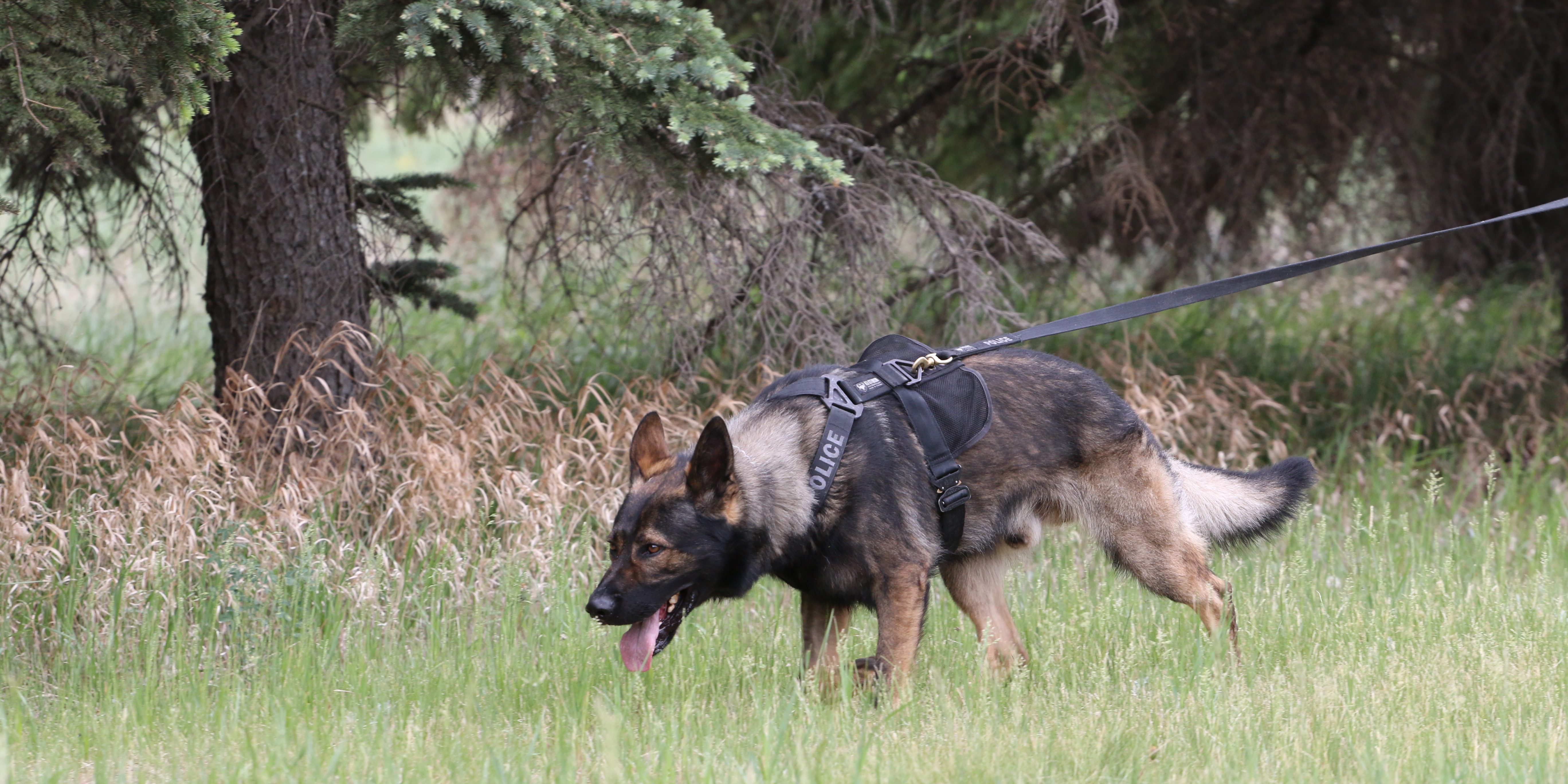 The Regina Police Service would like to congratulate our members on their accomplishments at the 2017 Canadian Police Canine Association Championship Trials in Edmonton, Alberta.

From September 13th to September 17th, Cst. Keshane and Cst, Sabo and their respective police dogs, PSD Rakon and PSD Jaeger, attended the championship trials in Edmonton, Alberta, where police canine teams from across Canada and beyond competed in events and demonstrations which specialized in narcotics or explosives detection. There were twenty-six general purpose teams and sixteen detection teams that attended the trails this year. Our members displayed great skills in handling their dogs and went above and beyond while representing the Regina Police Service and the Canine Unit. A highlight of the trial is Cst. Sabo placing 4th in the Area/Compound Search and 9th Overall.

The Canadian Police Canine Association (CPCA) Championships are hosted by different police agencies from year to year.  The trials are not used as a certification or validation for the participating teams; all dogs competing at this competition have already been certified by their own agencies.  The CPCA Championships are organized for the positive spin-offs of friendly competition, and networking between dog handlers and their respective agencies. Typically the trials consist of two or three days of competition, seminars and a public demonstration day.