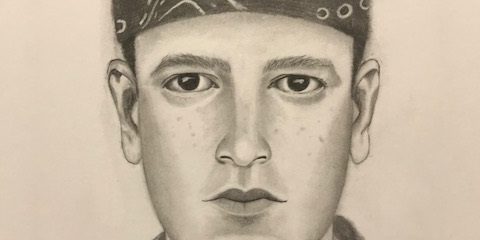 The Regina Police Service is asking for information from the public that could assist in solving a Break and Enter involving a firearm. Investigators have released a sketch depicting the male suspect.

On Friday, November 10, 2017, at about 2:26 p.m., police were dispatched to a house in the 1600 block of Rae Street for a report of a Break and Enter, in which the male suspect stole a firearm. Police learned that just minutes earlier, the 58 year-old resident of the house had come home to find an unknown male inside his house. The male suspect had stolen a firearm belonging to the victim. The victim chased the suspect out of his house, at which point the suspect fired the gun at the victim. Fortunately, the bullet appears to have struck only a metal fence; however, a fragment caused a relatively minor injury to the victim’s leg. Police are investigating to find the person responsible, as well as the stolen firearm.

The suspect is described as male, possibly in his early 20s, about 5’ 7” to 6’ tall, weighing about 150-170 pounds, slim build; with freckled cheeks, short brown hair and brown eyes. The suspect may have been wearing grey sweat pants and a dark, zip-front hoodie at the time of the incident. An artist’s sketch, based on the victim’s description of the suspect, accompanies this release.