You are here:
AssaultBreachSexual Crimes 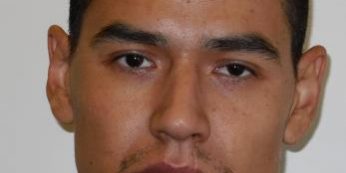 The Regina Police Service is asking for help from the public in locating a male wanted on a Warrant for Arrest in connection with an incident of unlawful confinement and sexual assault, in addition to other offences.

Thirty-one year-old Roland Todd SASAKAMOOSE, of Regina, is described as male, Indigenous, approximately 5’ 10” tall, weighing about 180 pounds, with black hair and brown eyes.  SASAKAMOOSE has numerous tattoos on his forearms and upper arms.  Other tattoos include the word “Khali” (cursive script) on the right side of his neck, and the phrase “Plains Cree Pride 306” across his upper chest.  The Warrant for Arrest indicates SASAKAMOOSE is charged with:

These charges are in connection with an incident which occurred on June 24, 2018.  Investigators have made many attempts to locate and arrest the suspect, but these efforts have been unsuccessful.  Investigators then made the request for the warrant for his arrest.