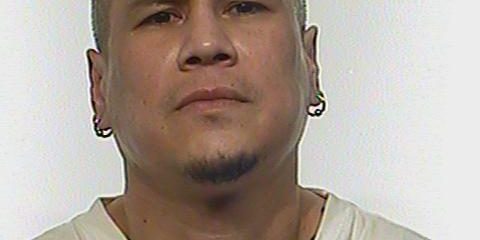 The Regina Police Service is asking for help from the public in locating a male wanted on a Warrant for Arrest in connection with an incident of Break and Enter.

Forty-six year-old Warren William UNRAU is described as male, Indigenous, 5’8″, weighing approximately 180 pounds, medium build, medium complexion, with brush cut, straight black hair and brown eyes. Noticeable markings include the following tattoos: a sleeve on his left forearm which includes a Chinese tiger, bird, ribbon, the names “Melvin” and “Louise”; a cross with a ribbon surrounding it that reads “In God’s Hand” on his right upper arm; “Thug Life” across his upper chest;  “Live by the gun, die by the gun” on a ribbon on his chest with a cross, roses and the word “DIE”; the names “Kayla” and “Taejah” in cursive script on his left forearm; a dolphin in front of a fiery sun on his right calf; “BALLIN” in calligraphic capital letters on his back; and a design that runs across four fingers of his left hand.  A photograph of Warren William UNRAU accompanies this news release.