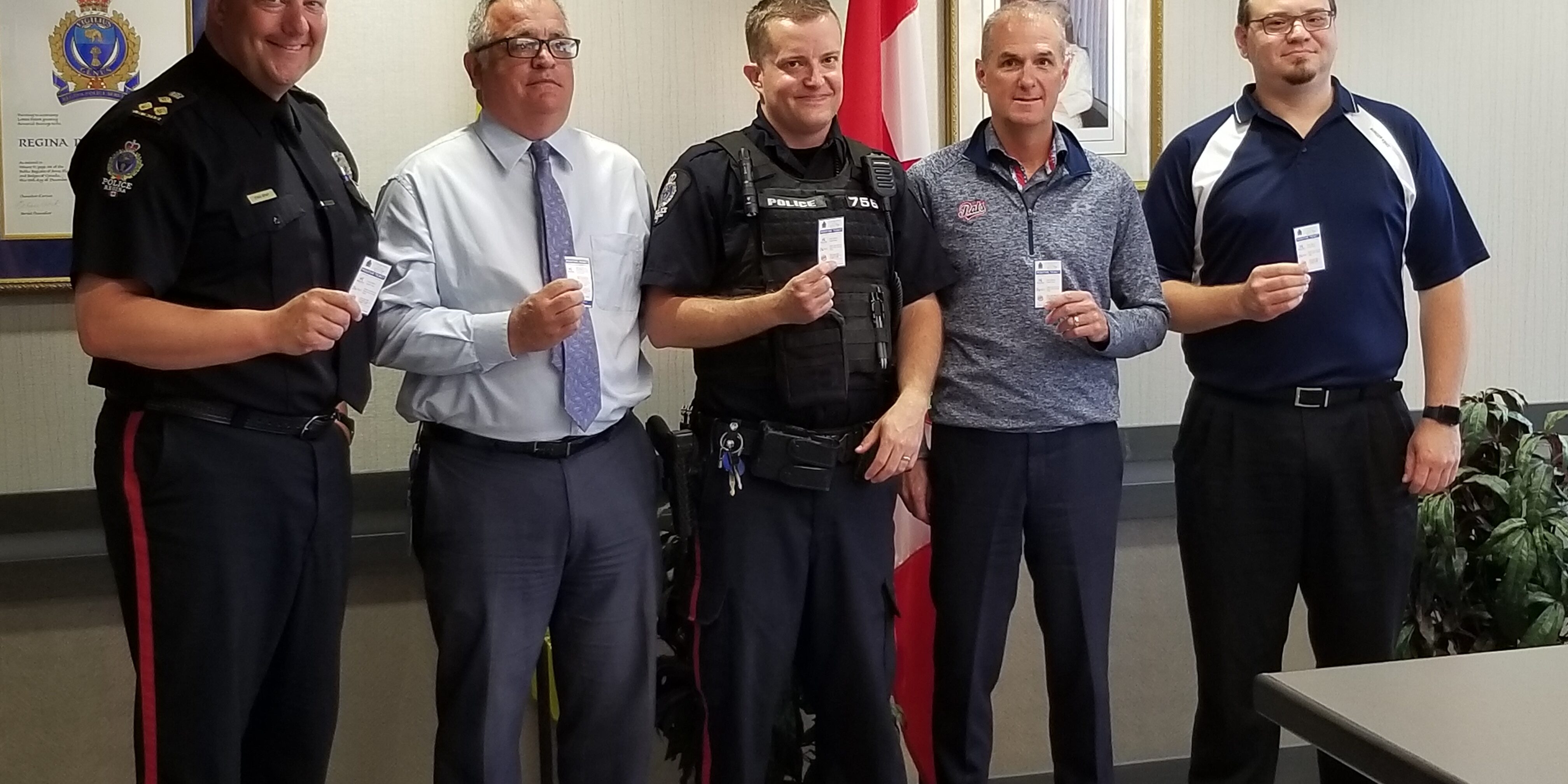 Ask most adults if they’d like getting a ticket from a police officer and, as you can imagine, you’d probably hear a resounding, “No”.  But, what if the tickets were a cool reward, just for doing something right?  And what if the recipients were young people in our community?

That’s the notion behind Positive Ticketing, a program designed to encourage young people to make good choices by rewarding them for good behavior.  That positive behaviour might be something as simple as looking both ways before crossing a street, or holding a door open for someone else.  Maybe the ticket is earned by wearing a helmet while biking, or just by saying “Please” and “Thank you”.

The tickets themselves are actually redeemable coupons for child admissions to City of Regina recreational facilities, tickets to Regina Pats’ games, or kids meals at Regina Burger King locations. Beginning on July 17, 2019 and continuing throughout the year, Regina Police Service members will be trying to “catch” young people in the act of doing something positive and rewarding them with positive tickets.  Officers may even extend their benevolence to include adults, especially in situations where children are involved, such as: an adult driver with all children in the vehicle properly buckled into car seats and seat belts.

Police officers often spend a lot of their time and energies on those who break the law or engage in unsafe behavior.  Positive Ticketing is a chance to reward citizens for their good behavior and build positive relationships between police and the community.  Good for you; good for us.  Everybody wins.