You are here:
Firearms and Weapons relatedWanted 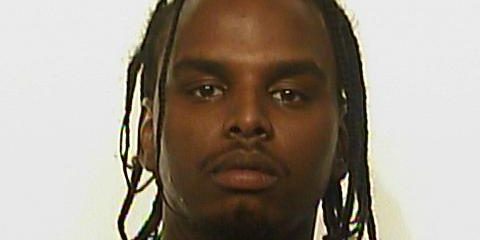 A 20 year-old Toronto male has been charged with Assault in connection with an incident at a Regina nightclub in the early morning hours of July 21, 2019.  A 27 year-old male is the subject of a Canada-wide Warrant for Arrest on a charge of Attempted Murder using a Firearm.

On July 21, 2019, at approximately 1:23 a.m., police attended to a business in the 2100 block of Broad Street for a report of a possible shooting.  Early investigation indicated a male believed to be the victim had run away in one direction; the alleged suspect was reported to have run in the opposite direction.  Shortly after, a call for service was entered to attend to hospital for a 25 year-old male who appeared to have sustained gunshot wounds.  Investigation confirmed this was the male victim seen running from the shooting incident.  Further investigation determined there had been an altercation outside the business, involving at least four people, ending with shots fired.  Continued investigation into this incident led to evidence sufficient to charge one person and request a warrant for a second person, who has not been located in spite of efforts by police

Twenty year-old Givonn BOWEN-WRIGHT of Toronto, Ontario is charged with Assault [266 CC]. BOWEN-WRIGHT appeared in Provincial Court for this charge on August 8, 2019 at 9:30 a.m.