You are here:
BreachRequest Assistance 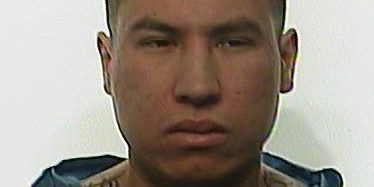 The Regina Police Service is asking for help from the public in locating a 30 year-old male who is the subject of a Warrant for Arrest.  Nicholas Sean PELLETIER, of Regina, was released from custody on January 22, 2020 on assault and firearms charges.  Among other conditions, his release document ordered him to enroll in, and comply with, electronic monitoring.  The warrant for his arrest is for Failing to Comply with Condition of a Release Order, contrary to section 145(5)(a) of the Criminal Code.

Thirty year-old Nicholas Sean PELLETIER is described as male, Indigenous, 5’ 9” tall, weighing 150 pounds.  PELLETIER has black hair and brown eyes, and numerous tattoos on his arms, chest and back, including the word “SYDNEY” tattooed on his right forearm and “KILLA” on his left forearm.  Police have made numerous attempts to locate PELLETIER, but have been unsuccessful to date.  A recent photograph of Nicholas Sean PELLETIER accompanies this news release.