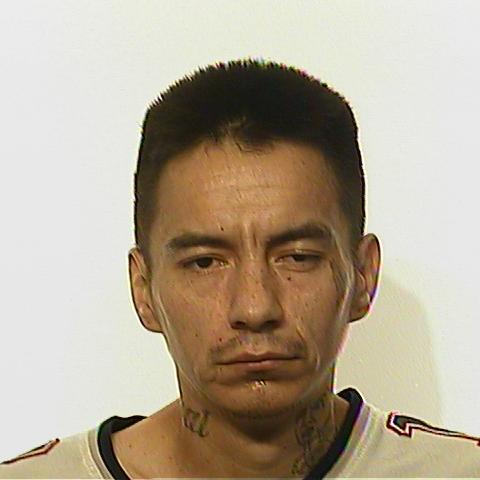 Wanted for: Unlawfully At Large

Thirty-seven year-old Marcel Joseph Lawrence PELLETIER is described as male, approximately 5’ 9” tall, weighing about 130 pounds, thin build, with straight, brown hair, and brown eyes. Noticeable markings on PELLETIER include the following tattoos: A flaming skull with a combat helmet above the word “SOLDIER” on his left shoulder; “Loyal” in cursive handwriting on the right side of his neck; a drawing of a person on the left side neck; two feathers below his left eye; gang identifiers and crossed handguns below “NORTH CENTRAL” on his back; a rose with a woman’s name on his chest; knuckle tattoos “THUG” on his right hand and “LIFE” on his left; and a piercing on his left ear.

If you have information regarding the whereabouts of Marcel PELLETIER, please leave a tip in the form below (you may choose to leave a tip anonymously), or contact the Regina Police Service at 306-777-6500, or submit your tip to Regina Crime Stoppers at 1-800-222-TIPS (8477) (online at reginacrimestoppers.ca).  Crime Stoppers will pay up to $2,000 for information on this or any other serious crime in Regina.  Calls are not traced or recorded and callers do not have to identify themselves.