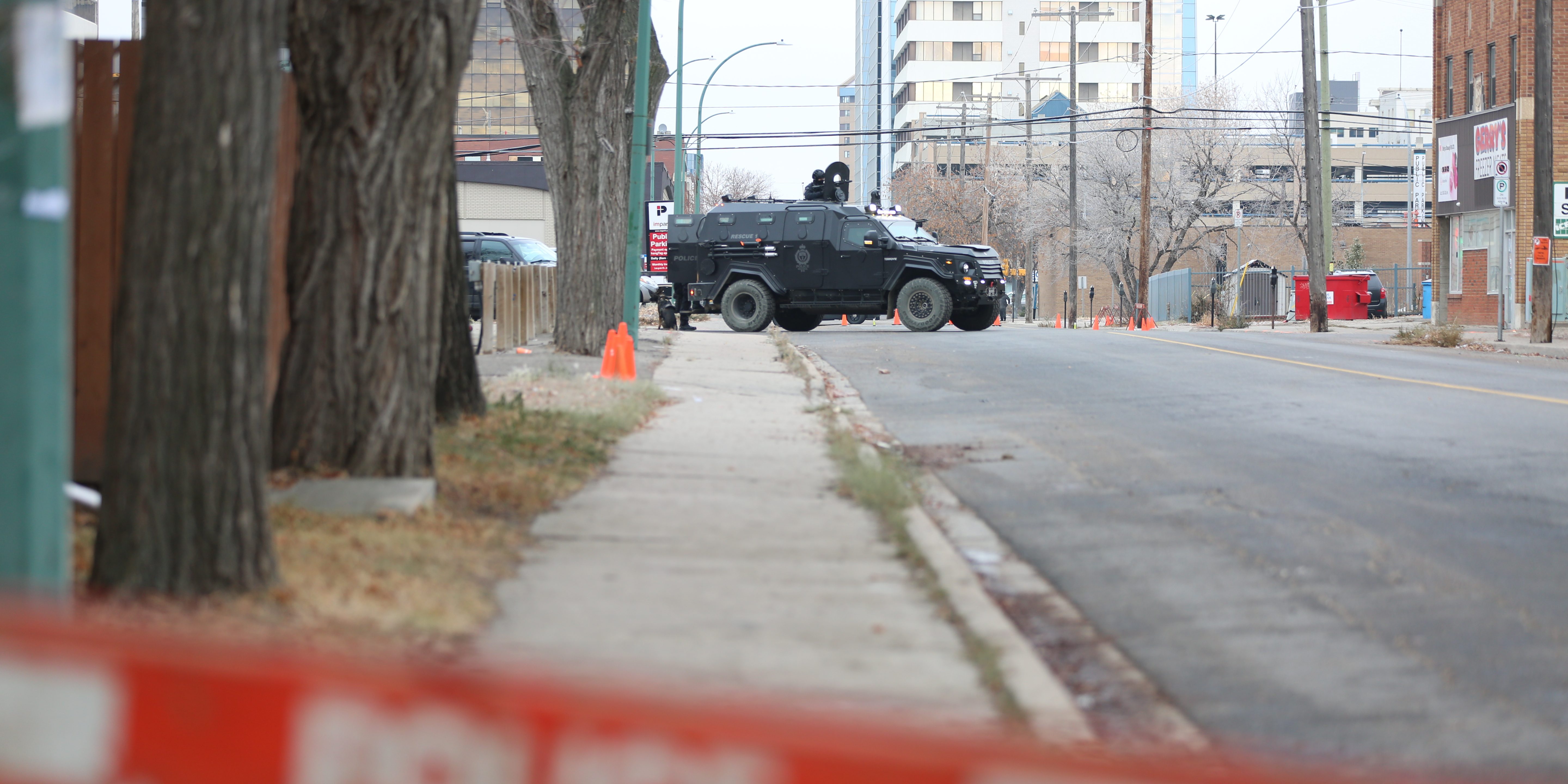 Regina residents living in, and travelling into, the downtown area this morning, October 29th, encountered a significant police presence in the 1800 block of Halifax Street.  Officers were responding to a report of domestic conflict inside an apartment building on the block.  Two people were taken safely into custody and the investigation is ongoing.

At approximately 4:30 a.m. on Thursday, October 29, 2020, the Regina Police Service received a call indicating there were male and female voices heard in what sounded to be a heated argument, in one of the apartments in a building on the 1800 block of Halifax Street.  As police officers responded there was the sound of possible gunshots.  The officers immediately requested additional units to set up a safety perimeter and attempted several times to make contact with the individuals inside the apartment.  The circumstances and risk assessment necessitated the request for Emergency Services Teams at the scene.  These included the Crisis Negotiators Team, Special Weapons and Tactics Team and Canine.  The RPS Tactical Rescue Vehicle, or TRV, was also requested.  Shortly after the arrival of the specialty teams and the TRV, police were able to establish contact with the occupants of the apartment and two people were safely taken into custody.  By approximately 9:15 a.m., SWAT officers had cleared the building and ensured that people could return to the area in safety.  Police are now interviewing the adult male and adult female to determine what charges, if any, should result.  Details will follow if charges are laid.

This investigation is ongoing.  Anyone who may have information to contribute to this investigation (who has not already been interviewed by police) is asked to contact the Regina Police Service at 306-777-6500 or Crime Stoppers at 1-800-222-TIPS (8477).  The Regina Police Service thanks the residents of the area, and people commuting to work, for their patience and cooperation in resolving this matter peacefully.