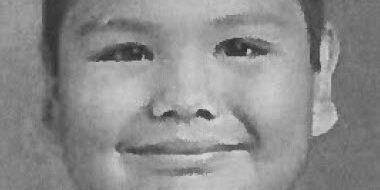 The Regina Police Service is asking for the public’s help in locating a nine year-old male child who was reported missing to police after he did not return home from school this afternoon (Tuesday).  It is very unusual for this child to be missing; his family and police are concerned for his safety and well-being, especially in this cold, winter weather.

Nine year-old Luke Alexander TAYPAYOSATUM is described as male, Indigenous, approximately 4’ 11’ tall, weighing about 110 pounds.  He has straight brown hair and brown eyes.  He has a scar on his right eyebrow.  Luke TAYPAYOSATUM was last seen wearing grey ski pants, a black winter jacket, a black and red toque, a grey neck warmer, black mitts and black winter boots.  He is also wearing a blue and grey t-shirt and a “Quicksilver” sweater, and is carrying a black “Swiss Army” backpack.  Luke TAYPAYOSATUM was last seen at his school in the 300 block of Scarth Street.  He was seen by staff at approximately 3:40 p.m. today (Tuesday), but he did not return home at the usual time.

Police received the missing person report at 4:14 p.m. on Tuesday, January 19, 2021, from the parent of the child.  Since that time police have been checking with the school, a nearby library, playgrounds, and with his friends.  Efforts to find him have been unsuccessful so far.