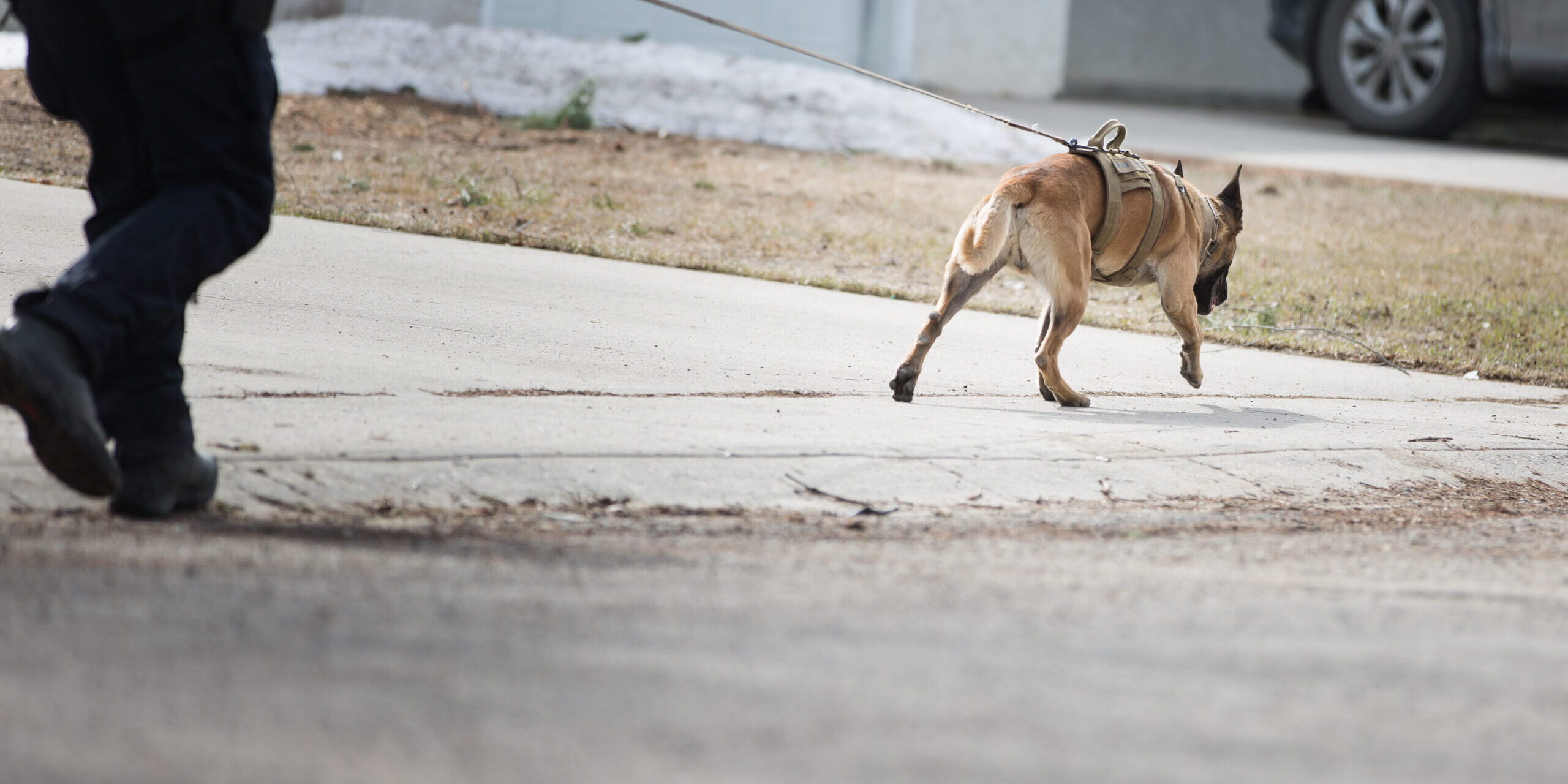 Two adult males are facing charges including dangerous driving after an incident in the early morning of Monday, February 7, 2022.

At approximately 2:00 a.m., a member of the Regina Police Service K9 unit observed a vehicle matching the description of a vehicle that had evaded the same officer a few nights prior. The vehicle was spotted in the area of 1st Avenue North and McCarthy Blvd. Once the driver of the suspect vehicle spotted police, he abruptly turned onto 1st Avenue and drove away at a high rate of speed. The vehicle was travelling at nearly double the speed limit without stopping at red lights.

Officers tracked the vehicle to the intersection of Winnipeg Street and Ross Avenue where a tire deflation device was deployed. The vehicle continued on to 15th Avenue and Montreal Street and came to a stop after a tire fell off. Two of the three occupants exited the vehicle and fled on foot. A K9 officer and a Police Service Dog (PSD) located the suspects hiding in a yard a short distance away. One of the suspects was apprehended and bitten by the PSD. The suspect was treated by EMS for injuries sustained in the apprehension.

As a result of the investigation, two adult males are facing charges.

Twenty-six year-old Daniel Dennis LAROSE of Regina is charged with:

Thirty-one year-old Justin Michael LANKEY of Regina is charged with:

Both LAROSE and LANKEY made their first appearance in Regina Provincial Court on Monday February 7 at 9:30 a.m.