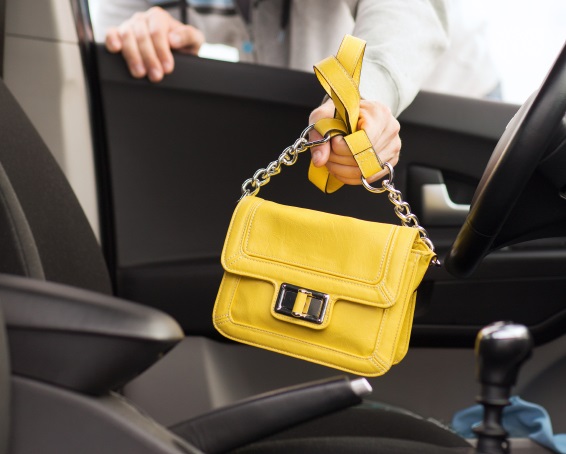 With the goal of building a safer community, the Regina Police Service often issues advisories about new scams and technology-based crimes.  It can be easy to forget that the less-sophisticated methods are still making victims of Regina residents.  Some recent cases serve as a reminder that old-fashioned criminals, like pick-pockets, are still out there, plying their trade.  Sometimes thieves act as a team, with one distracting the victim, while the other steals something.

On March 20, 2022, at about 2:30 p.m., at a business in the 2100 block of Prince of Wales Drive, a 63 year-old female was just getting into her vehicle and placed her purse on the passenger seat of her car.  A male approached her, saying there was something wrong at the back of her vehicle.  The suspect claimed to be a mechanic and said he saw fuel leaking.  The victim bent to look under the car, and then returned to the driver’s seat.  During that time, an unknown suspect reached into the vehicle and stole her wallet.

On March 18, 2022, at approximately 4:25 p.m., at a store in the 2200 block of Victoria Avenue, a 72 year-old female was just loading groceries into her vehicle, when an apparently-distressed male approached her and her husband.  The male had been behind the female victim in the store when she made her purchases.  Outside the store, he asked the woman to write down the address of the nearest hospital.  Once in the car, the female discovered her wallet had been stolen.  Minutes later, there were two unauthorized withdrawals from her account.  In retrospect, the victim realized the suspect may have gotten her PIN (Personal Identification Number) by watching her in the store, and then stole her wallet by distracting her outside the store.

Also, on March 18, 2022, at about 1:30 p.m., at a business in the 4500 block of Gordon Road, a 70 year-old male went to make a gas purchase and realized he no longer had his wallet with him, despite the fact that he’d used it only moments earlier, in a different store.  He went back to the first store and their customer service desk, but was unable to find his wallet.  He then went to his bank and realized his debit card had been used for three unauthorized transactions.  The victim reported always being careful to keep his wallet on him, instead of putting it down.  The only contact he could recall was stepping aside for a young male, who walked up behind him quickly as if to pass, and then slowed down, not passing the victim.

These cases are still open and under investigation.  The suspect descriptions vary so it’s unknown if the events are connected by a single suspect or pair of suspects.  The one thing all these cases have in common is that the victims are over 60 and 70 years old.  The victims did nothing wrong; in fact, they were helpful and courteous in their dealings with strangers.  Still, these incidents are a reminder to all of us to be careful when making purchases or bank withdrawals.  Always cover the pin pad with your free hand to minimize the chances of anyone else seeing your PIN.  Do your best to keep your purse or wallet close to you when out in public.  And, if you witness any suspicious behavior in a store, don’t hesitate to bring it to the attention of security staff.  If you see a crime in progress, please call 9-1-1.