You are here:
BreachFirearms and Weapons related 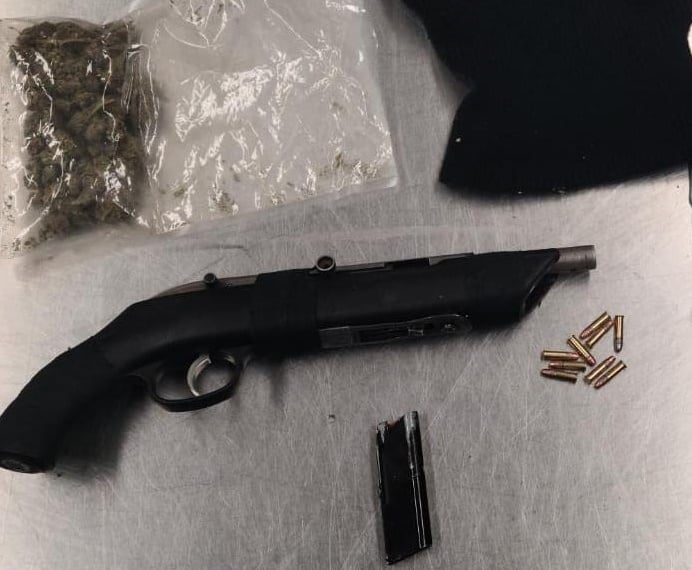 A 15 year-old male youth is facing numerous firearms charges after an investigation that began as an “unwanted guest” call-for-service.

On Sunday, December 18, 2022, at approximately 5:14 p.m., police were dispatched to a downtown business on 11th Avenue.  The complainant indicated that a group of teens was inside the business throwing items and engaging in behavior that was described as “harassing the customers”. The caller indicated this sort of behavior had been happening throughout the week.  Before police arrived, a group of teens left the business, running westbound on 11th Avenue.  It was believed the teens had hopped onto a city bus.  Police received information, including clothing description of one teen who was observed running from the nearby alley after what sounded like a gunshot.  A spent .22 calibre casing was located in the alley.  Police boarded the bus in order to identify potential suspects.  A male, matching the description of the teen in the alley, was arrested and searched.  Police recovered a loaded, sawed-off, semi-automatic, .22 calibre rifle.  After further investigation, the teen was charged in connection with this incident.

The youth cannot be named in accordance with the provisions of the Youth Criminal Justice Act.  He is charged with: